Tryout forms for Union 2017 are now available! If you’re interested in helping us secure a bid for the World Club Championships in 2018, and take it to the best teams in North America in the USAU Fall Series, come along and show us what you’ve got!

Register here to participate in the following tryouts:

To be considered for Union 2017, you must attend a minimum of one open tryout, AND be available for the Sunday invite-only tryout. If you can’t make the minimum requirements, please get in touch with us (union.ultimate@gmail.com).

UNION 2017 WHAT TO EXPECT AT TRYOUTS

Tryouts are one of the most exciting and challenging experiences for all Ultimate players, from elite-level vets to “just interested in seeing what this touring business is all about” rookies. We can’t wait to see the talent out there! We’ll be working alongside Zen and MMV to provide opportunities for players of varying abilities to tryout for each tier of the Toronto Mixed system.

For Union, we’ll be looking for a variety of skills and attributes. In addition to speed, throwing ability, decision making, field awareness, agility, defensive pressure, and a team-first playing style, we’ll also consider your attitude towards the game, how you support your teammates, how you respond to mistakes (your own and others), and how you take on feedback and direction from leadership.

With the support of The Ultimate Experience, we’re hosting three tryouts. The first two are open (April 20 & 25) and can be attended by anyone. We’ll be working with Zen and MMV to be sure things run smoothly. The tryout squad will be split according to the nominated first-preference team of each athlete. The final tryout (April 30) will be by invite-only. Please register and pay to attend. You will not be able to participate if you do not register and pay before you arrive.

We’ll have a number of extra eyes on the field during tryouts. These people will provide input into the selection process, but the final team selection will be made by the Union leadership.

Thanks to Ontario Ultimate and UE, during the final tryout we’re going to have the support of Mike Haddock who will complete baseline fitness testing for each participant. (This is pretty awesome!) Each person will receive an individualized fitness report. For those who make the team, this report will help to inform your fitness goals for the season.

Offers for Union 2017 will be made the week of May 1 (some early offers may be made if players are considering offers from the Women’s and Open systems). The final roster announcement made on Friday May 5.

Qualify for World Club Championships in 2018 and compete in the USAU Fall Series, with a top 10 result.

Union will be attending the following tournaments in 2017:

**TUF is the weekend after the final tryout. If you’re trying out, be sure you’re available for our first tournament the next weekend.

We’re super pumped for 2017 and can’t wait to get started! If you have any questions about the season, tryouts, expectations etc. please get in touch with us personally, or you can email union.ultimate@gmail.com

Get ready! The 2017 season is almost upon us! Here’s a bunch of stuff you’ve probably been wondering about, including a preliminary tournament schedule, confirmed tryout dates, and captain announcements!

We’re excited to welcome an experienced and skilled group who will lead Union in 2017! Drum roll please……

2017 CAPTAINS
Eric Blanchard played with Union in 2015 and 2016.  Coming back for a third year he brings experience from playing with the Toronto Rush, GOAT, MuD and a range of other teams.  He brings a deep and experienced view of the sport to the coach’s corner and an explosive “never quit” attitude to the field.

Stephanie Malcher played with Union in 2014 and 2016. From Australia, she captained one of Australia’s top women’s club teams. She has represented Australia, including on the mixed World Games team in 2013. In 2015, she won a gold medal at the US Open with Melbourne-based mixed team Ellipsis. Building mental strength is a key element of her leadership style, along with a wealth of experience in the mixed game.

2017 VICE CAPTAINS
Jenn Le Roux is in her 5th season with Union Ultimate. She assisted Union to secure a gold medal at CUC, rewarding them with a bid to 2014 Club Worlds in Italy. Jenn helped the Canadian mixed masters team bring home a silver medal from Beach Worlds in Dubai in 2015, and will represent Team Canada again with the women’s masters team in France this June. Jenn’s passion for the game and player development makes her a valuable leader both on and off the field.

David Kaufman started touring in 2011 with Maverick, also playing in 2013, 2014, and captaining in 2015. He decided to move over to mixed in 2016 to play with Union. Kaufman’s enthusiastic attitude and strategic thinking are important assets to the team this season. He also brings big hucks, and loves throwing for our fast female receivers.

TEAM MANAGER (a.k.a. Team Mom)
This year, we also have the incredible support of Krista Kotwa who will be managing all off-field activities in addition to cutting long and skying people. She loves Union, she loves spreadsheets, and she’s very good at reminding people to reapply their sunscreen. She will be helping to organize the team so we can play our best when it matters most.

2017 SEASON
UNION is committed to building a team based on respect, continual development, and competitive excellence in 2017. We believe world-class mixed ultimate belongs in Toronto. In the 2017 season Union will compete at the Canadian Ultimate Championships, aiming to secure a bid for World Clubs in 2018. We’ll also be competing in the USAU Fall Series, where we’ll have the opportunity to take it to the best mixed teams in North America and re-establish our presence as a top 10 USAU team. We’re looking for players who are skilled, play smart, and have a positive, team-first attitude.

This year, Union plans to be practicing two-nights per week on Tuesdays and Thursday from 8pm – 10pm (reduced to once per week in weeks before and after tournaments). Additional fitness and skill development is expected outside of official practices. Guidelines will be provided as the season goes on (if you’re interested in accessing pre-season workouts, please get in touch!)

TOURNAMENTS
We’re yet to finalize our tournament schedule, however we expect it to look something like this:

TRYOUTS
If you’re interested in playing for Union this season, tryouts will be happening in late April. We’re looking for high-energy, team-focused players who can bring skills and a good attitude to this elite mixed team. Check out the Facebook events here and you’ll be sent a reminder to register once the form becomes available:

FRIDAY NIGHT LIGHTS
Leading up to tryouts, we’re hosting a bi-weekly high-level, invite-only scrimmage. If you’re interested in being invited, please be in touch with us at union.ultimate@gmail.com

After some grueling tryouts back in April and some hard decisions given the talent that showed up to the Toronto mixed tryouts, Union is extremely proud to announce that we have finalized our 2016 roster! We’re excited that 19 of our 27 player roster are returning members, leaving us with 8 talented rookies ready to take the field and show us what they’ve got.

A * denotes a rookie

We’ve already kicked off the season with a hometown classic, the Toronto Ultimate Festival tournament, a couple of weeks back on May 7-8, taking the top prize despite all sorts of weather in the finals (rain, thunderstorm game delay, high winds, hail, and sunshine).

In just 2 weeks time, we’re headed down to Devens, Mass to compete in the Boston Invite, where we’ll get our first glimpse of the USA’s top mixed teams for this season, including Wild Card and Slow White. We’re happy to see some more fellow Canadian teams representing in all divisions this year!

Just a short 4 days later, Union will be competing at the prestigious US Open, held in Rhode Island this year from July 1-4.

Stay tuned for more updates (via Twitter and Facebook) on the team’s battles south of the border as we focus our attention on the USA series this year! See ya on the fields!

Wow, our first tryout for 2016 is in the books and there were some great highlights.

All the best to those continuing to try out with the mixed teams tonight, and other teams throughout the week.
Union, Zen, and MMV Ultimate 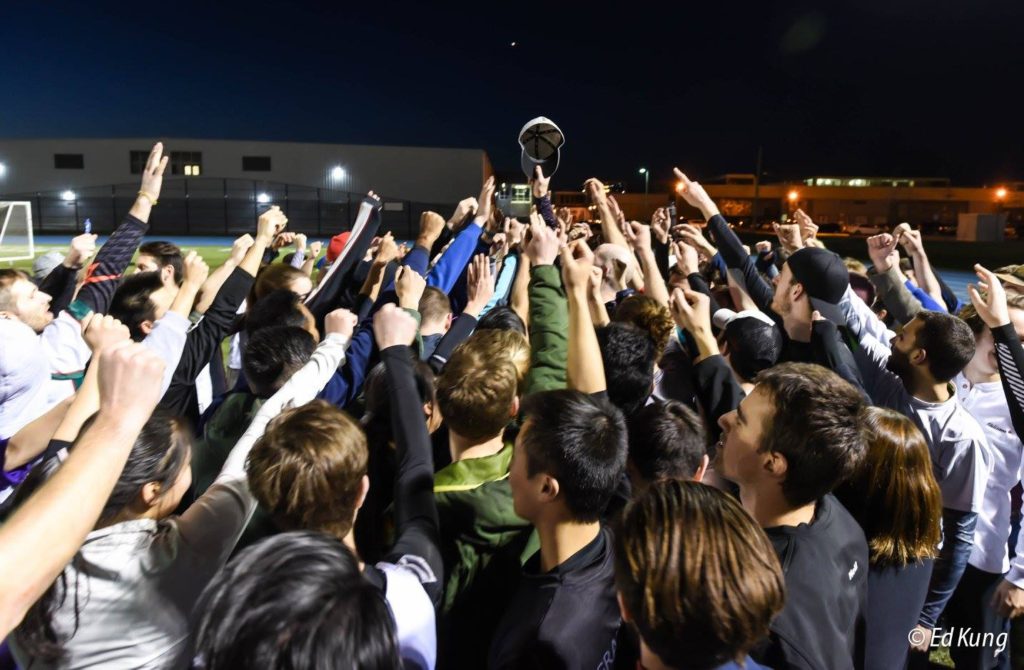 UNION is returning for its 6th year, and coming off a highly successful 2015 season where we fought to an Ultiworld Power Ranking of 4th in North America, and a silver medal finish at CUC. Our program’s growing list of highlights include three CUC finals (including a gold medal in 2013), fifth place at the 2014 World Ultimate Club Championships, and a 9-6 record over 2 appearances at the prestigious US Open. In 2016, UNION is looking to build on this success by making the USAU fall championship our focus.

UNION’s vision, for this year and beyond, is to become a stalwart in the top-tier of mixed teams in the Triple Crown Tour, and to continue to develop elite players to represent mixed ultimate in the GTA. As part of this vision we will be seeking the highest level competition available, which will be highlighted by our 3rd consecutive US Open appearance. We plan to culminate our season by being the first Ontario team since MAB almost 20 years ago, to appear, and excel, at the USAU Championships in the fall.

We are still finalizing our schedule and commitment, but expect one team practice per week (an addition to personal development), and a tournament schedule that may look very close to this:

Want to know what UNION is all about? Come to tryouts! We are looking for skilled and passionate players who want to compete at an elite level, and are ready to push themselves and their teammates to improve as part of a driven and cohesive team. Our tryouts will be located at Downsview Park on the following dates:

In order to participate & to get more information, please sign up at: http://www.playwithspirit.com/?page_id=11755

If you have questions or simply want to learn more, we can also be found on facebook as Union Ultimate, on twitter @union_ultimate, and via email union.ultimate@gmail.com.

Best of luck in your preparations & deliberations for tryout season!

I've never played for a team that I enjoyed as much as this!— Every past player on the team

Union is the best team I've ever played against. They were super spirited, but challenged us on every level.— Some former opponent